Ever since at least the Arts and Crafts movement of the early 20th century, Japanese aesthetics have been a strong influence on the art and architecture of Northern California. For many of us, our houses and lifestyles all seem to reflect that subdued, not-too-flashy, modest approach.  As one small part of this, the appreciation of Viewing Stones was introduced to our area and taught exclusively by immigrants from Japan or their students, and focuses almost entirely on the Japanese Suiseki tradition.

So most of us are naturally attracted to the dark, subdued, introspective stones favored as suiseki.  But, into every life a bit of flash must come!  Even if you strongly love one particular aesthetic movement, there is nothing that stops you from also enjoying other views of the world.  Just for example, anyone who has spent more than a day in Japan is aware of the contrasts between the wabi-sabi of the countryside and the expensive Western-style bling of Ginza.  Both are very real expressions of modern Japanese taste and aesthetics – and happily exist side-by-side.

Most of the stones in this gallery were found in rockshops, where it is always fun to do a bit of “tanseki” –  most of them would never be considered “suiseki”, but that does not detract from their beauty and the pleasure they give us.  They fit comfortably next to our classic views of Mt. Fuji.

Click on the image to see the entire gallery. 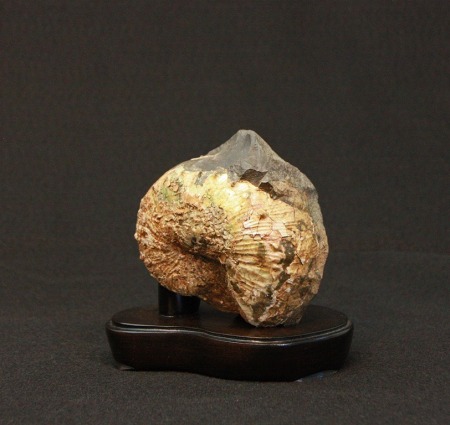